Rebirth of the Buffalo Central Terminal

The Buffalo Central Terminal, built by the New York Central Railroad and designed by architects Alfred T. Fellheimer & Steward Wagner, opened to the public on June 22, 1929. At one time, this triple-designated historic art deco station accommodated 3200+ passengers/hour and 200+ trains/day. The complex consists of the grand concourse measuring 450’ long, 60’ wide with 60’ vaulted Gustavino tile ceilings, 17-story office tower and the 5-story baggage building along Curtiss Street. The complex sits on a 18-acre site just east of downtown Buffalo and appears as a bookend to Buffalo’s Art Deco City Hall.

We envision this space offering to Buffalo the likes of multiple expositions, trade shows, car shows and events such as Comic-Con, with the support of the many other useages within the ‘Central Terminal’ complex. Directly outside at the easterly corner of the site, is the ‘Buffalo Central Terminal’ Art Park. This will not only be a creative break-out plaza area 12 months of the year, but a welcoming graphic/artistic announcement opportunity to greet vehicular traffic heading south into the complex. Water is envisioned glazing over the buildings ‘art walls’ and a plaza below with greenery and a water feature that will offer ice skating during the extended winter months in Buffalo. Across the street to the south, we imagine a stationary ‘art-deco’ 1930’s  streamlined train coming around the curve and reminding all of what once was, and also playing an artistic role in welcoming all to ‘Buffalo Central Terminal’.

The project consists of 750,000 SF of multiple buildings and 20-floors of an interior/exterior/restoration/renovation/modernization/conversion in a Historically Landmarked Building.  The correct formula had to be responsive to all needs and constraints……and each projected use had to be supportive of each other.

Each level holds multiple opportunities in accordance with its size, height, access and adjacency to other spaces within the structure.

The Development Approach has a mix of the following elements to complement each other and the proper existing building areas: 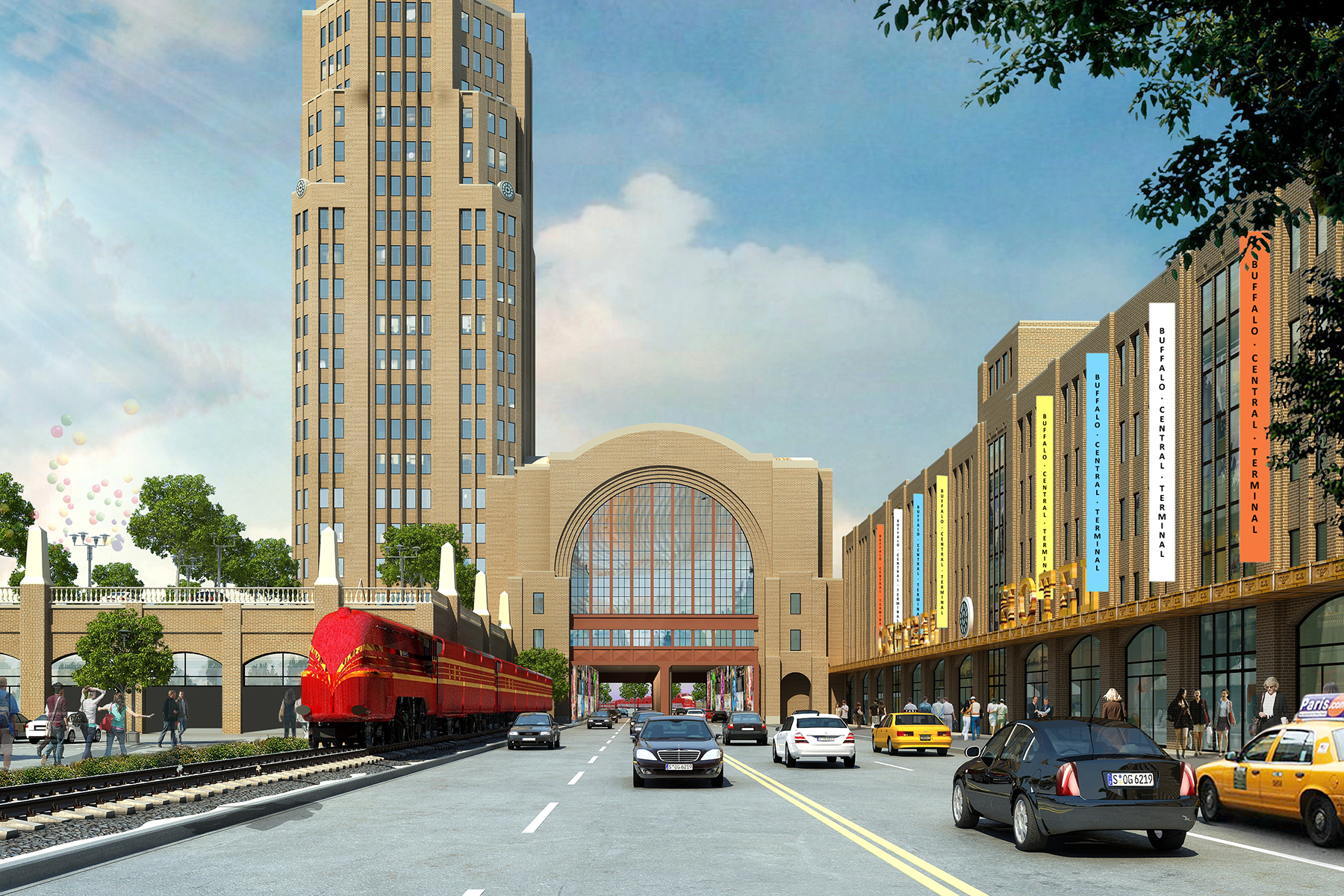 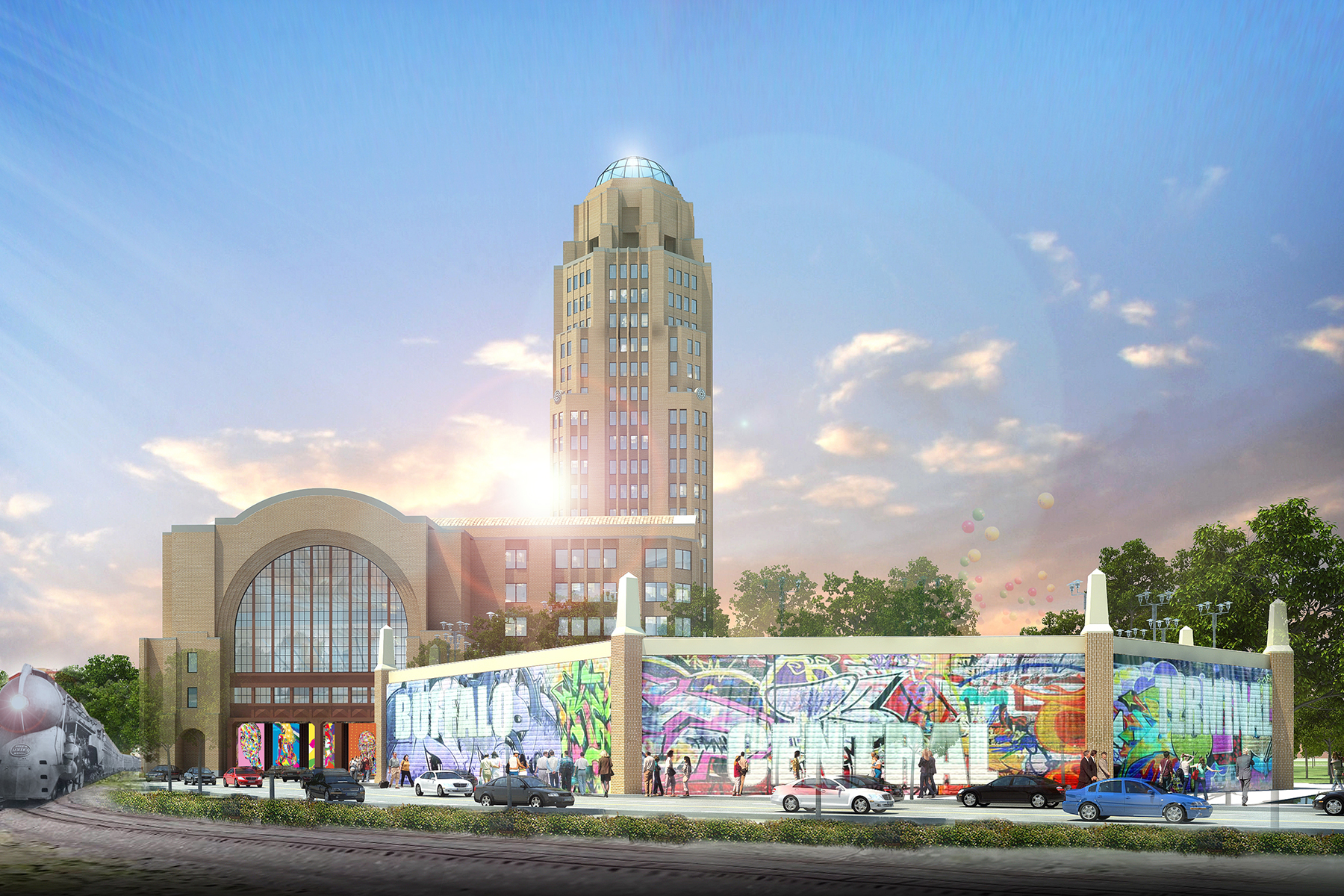 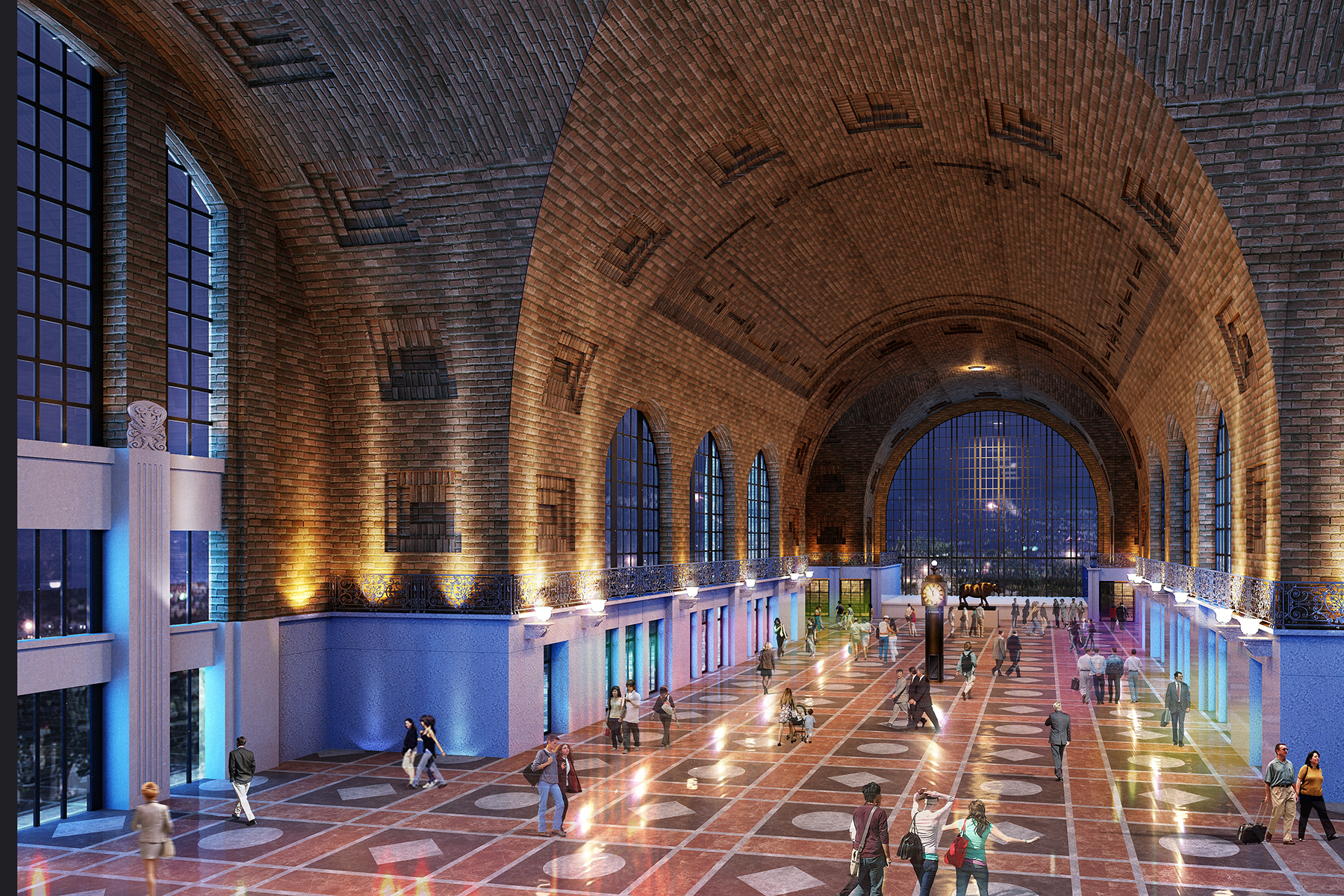