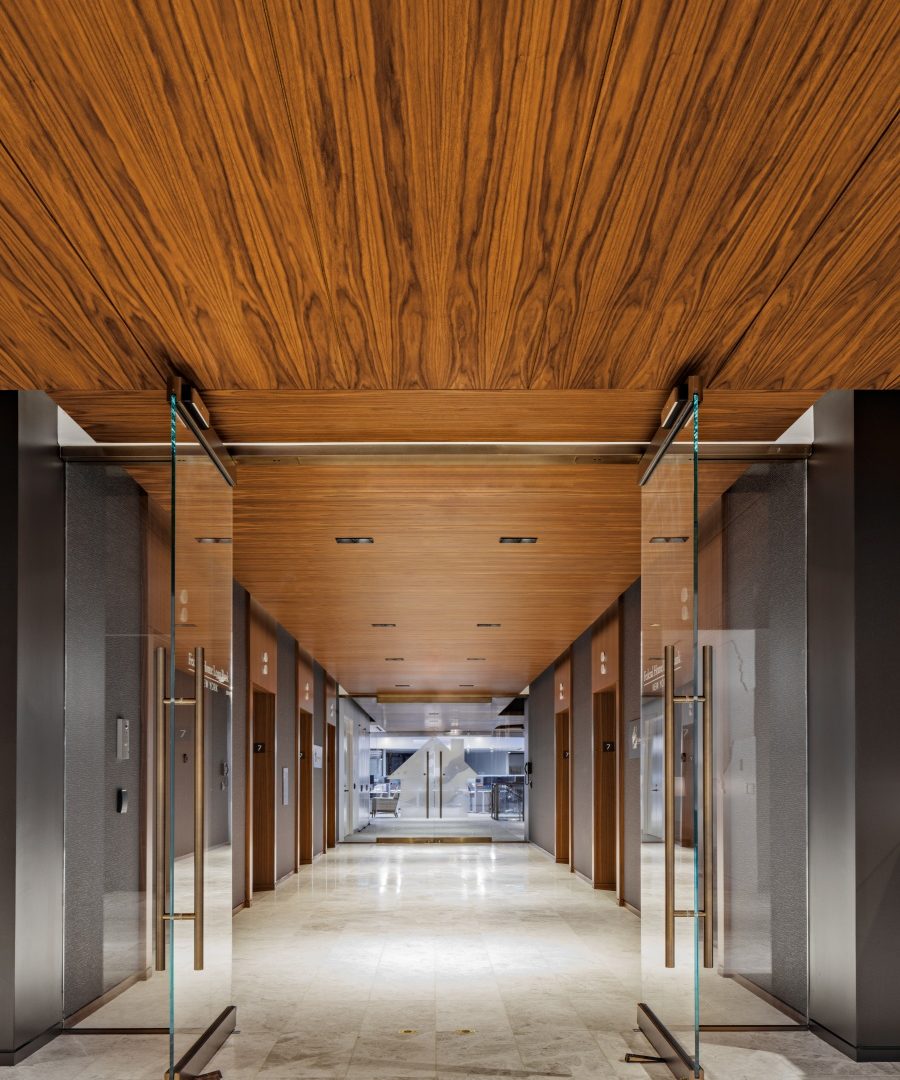 When the Federal Home Loan Bank of New York moved from its 41,000-square-foot, fifth-floor office at 101 Park Avenue to half of the sixth floor and the entire seventh floor in the Manhattan building, in an expansion to 64,200 square feet, it called on the Spector Group to create an openness and warmth that belied staid tradition.

“The existing conditions were very private office heavy and very enclosed, and they were looking to provide connectivity between the managing committee and the rest of the employees,” said Jessica Mann-Amato, a design director at Spector. “So you’re not only providing a visual connection but drawing people together within communal spaces.”

Given a budget of $175 to $190 per rentable square foot (or $11.2 million to $12.2 million), Spector, in a six-month construction process that took place from winter 2016 to last spring, installed an open-office plan that brought the trading floor to the front, used specific lighting changes to delineate formal from informal spaces and employed warmer materials and open designs to imbue the space with a lighter feeling.

“We needed to evoke a sense of warmth and welcomeness so that people felt more open to collaborating,” Mann-Amato said.

The firm found that the warmth of walnut, used in the ceilings and the furniture, was a perfect way to convey this sense of openness.

“We used the walnut in combination with brushed bronze. There are still warm colors, but there’s a lot of white as well,” said firm principal Scott Spector. “There’s a real blending of warmth and technology, and it meets right in the middle.”

Part of the challenge was channeling that warmth and openness while not losing the sense that this was a place of business and a company that was forward-thinking in its use of technology.

To that end, the firm designed a special circular pop-up for video monitors, which drops from the ceiling above the trading area.

“The monitors wrap around the whole perimeter above the trading area,” said David Beauchamp, this project’s architect for Spector. “They have their ticker board with the stocks they’re trading [there as well]. And we incorporated a lighting component within the ceiling that changes colors. It’s an LED picture, and when they bring a client in, they can refine that color for clients to showcase that they’re thinking about their client as they enter the space.”

The end result is a bank that feels friendlier than a traditional bank and a space that conveys the feel of an innovative company without leaving tradition too far in the dust.

“There’s a warmth to the space that is far above your typical banking client,” Spector said. “It’s not heavy white marble; it’s not repetitive work stations all over the place. They’re a bank with technology driving them, but it’s not your typical tech firm with exposed ceilings and startup guts. This is more refined. It’s a fine line that hits all the positives the bank was looking for and creates the environment they wanted.” 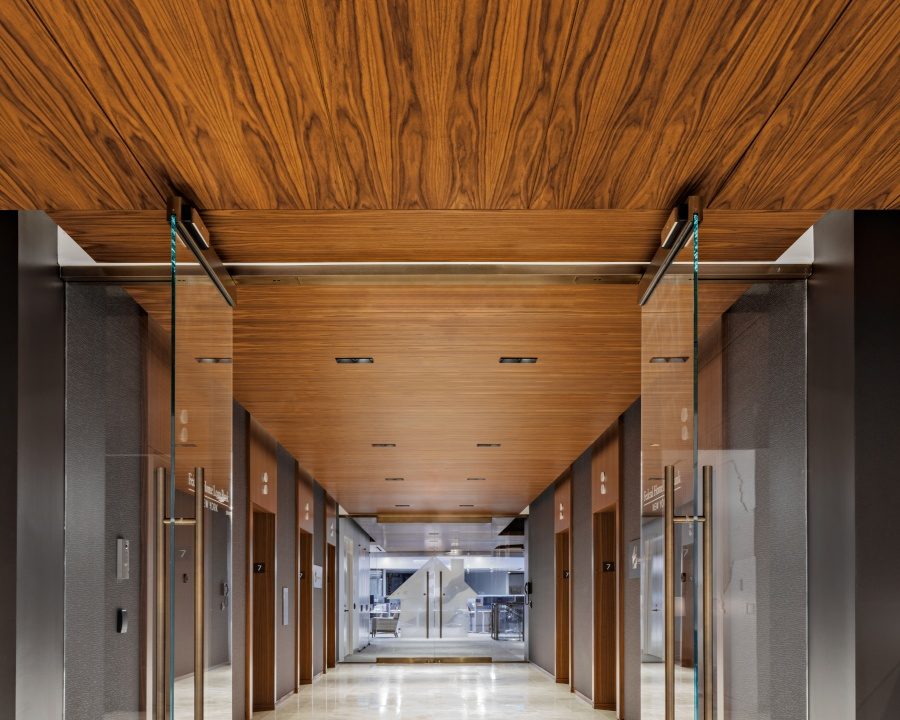 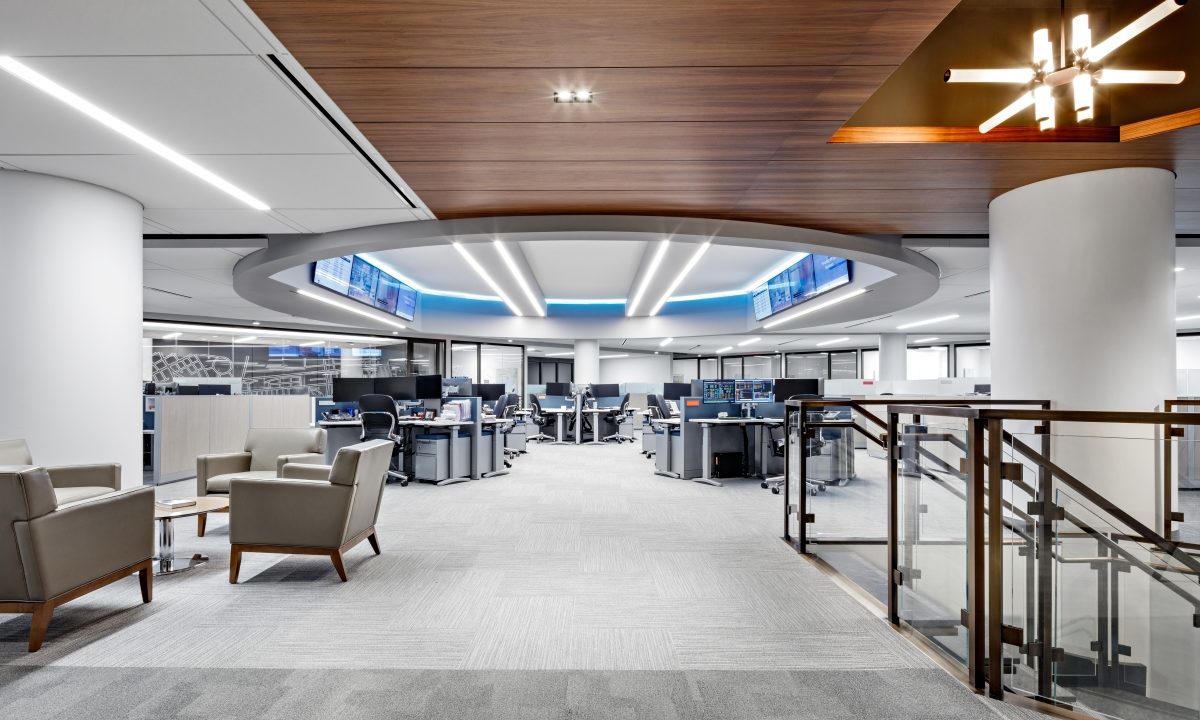 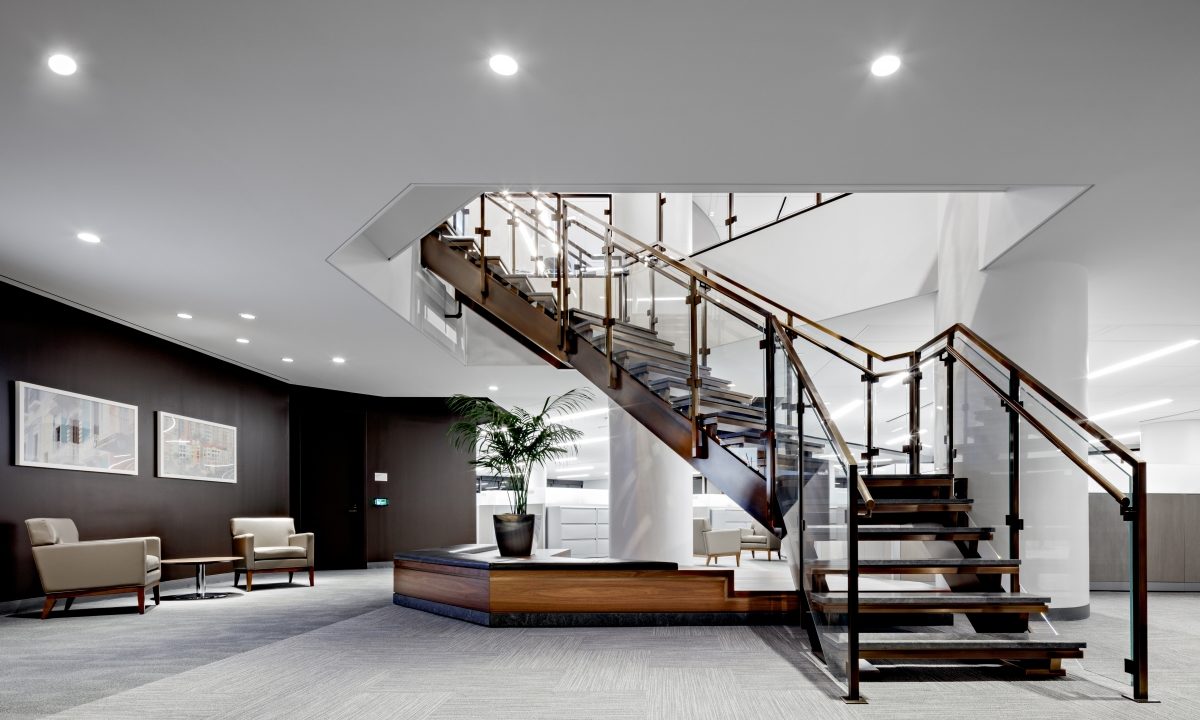