Leading The Way: A Q +A With The Inspirational Women of Spectorgroup.

As we conclude Women History Month, we feel abundantly grateful for the women that have come before us. Grateful for their strength, their perseverance, and their achievements. This year we celebrated Women’s History Month by highlighting the inspirational women who make up our Spectorgroup team. We took the time to dive into what inspires them, what advice they would give young women in the A&D industry, their admirations, and their biggest achievement.

See what our leading ladies had to say!

What is the most important piece of advice you would give to a woman starting in our industry?

“The design world continues to become more equal in numbers as far as men and women, however, the construction industry remains a male-dominated one. As architectural projects move into construction, it is important for women to always convey a sense of confidence. Many times, you may find yourself faking it to make it (fake it to make it – a common approach taken with new beginnings).  My advice would be to own the approach, fake it to make it until you become it!  It sneaks up on you, but at some point you will come to realize that you don’t even think twice about being the only possible female on a construction site full of men, directing them how to build your design!”

“Try to be a part of everything, dip your toes in every phase of a project and see which area you’d fit best in. Maybe you’re more on the creative side and using that to develop iterations of floor plans.
Or you’re more technical and want to know all the “nitty-gritty” details that come with construction drawings. Don’t forget there are many fields within this industry to choose from.”

“Two factors of architecture are, design and build and both require work. For me, a good architect is the one who knows how to do both. With over 25 years in the profession, I enjoy spending time at construction sites and seeing design ideas come to life. As someone born and raised outside of the United States, I learned to be confident and not feel intimidated about sharing my ideas and expertise. Construction is a man’s world and women need to work harder so that they can be part of it as well. Construction made me more secure and strong.”

“I believe that the next generation will be more concerned about working as a team to lift each other up than to fight alone. Women are learning to empower one another, not just themselves.”

Who is a woman you admire most?

“Before I joined Spectorgroup I didn’t have someone I looked up to as a mentor. When I did join Spectorgroup the women I have met and encountered at this job have been nothing but inspiring and empowering and every woman at SG has collectively played a major part in helping me get to where I am today as a designer. Someone I look up to once said to me “don’t compare yourself to anyone – you as an individual, more importantly as a woman have already raised the bar for others.”

“My mother was a reporter for Newsweek magazine starting in the mid-1960s until the mid-1980s. I have memories that are like news clippings of major events that my mother covered as a reporter in New York City– from the Son of Sam Killings, the assassination of John Lennon, the Three Mile Island accident to the historic right to die case of Karen Ann Quinlan. Growing up I felt empowered by how brave my mother was and how important it was that she was so connected to these important events. My mother made it a point not to distinguish herself as a female reporter but a reporter. She raised me to be a passionate person and to be whatever I wanted to be. She instilled a strong work ethic in me and set a tremendous example of what it means to be dedicated. As a child, I was somewhat aware of the difficulties she faced as a professional female in a male-dominated industry. My mother died in 1999 never knowing ultimately what a tremendous impact she had made in the profession of journalism for women.  It wasn’t until around 2016 that I was having dinner with my mother’s best friend from college, also a journalist from the Washington Post, that she excitedly told me that my mother was mentioned in Lynn Povich’s new book The Good Girls Revolt which was about the historic sexual discrimination lawsuit filed by the women of Newsweek in 1970. Lynn, along with 45 other women, my mother included, filed a claim with the Equal Opportunity Commission that Newsweek had a policy that did not allow women to be reporters. The women were all researchers and the men were reporters. This lawsuit was timed with the historic March 1970 Cover of the magazine titled Women In Revolt. This historic event happened just before I was born. I had no idea how much my mother had worked to achieve her role as a reporter and how much she put at stake to get there. She never mentioned this event to me. When I think about why she never mentioned it, I realize that it was part of who she was. Just as she did not want to be thought of as a female reporter but a great reporter, she was someone who followed her heart and did the right thing for people because it was the right thing to do, not to be recognized later for doing it. “

Where do you get your inspiration?

“From people (women & men) that I’ve worked with. My standout “inspirers” consistently remind me of the value of hard work and commitment. As I’ve watched each of them through various points in their careers their constant drive to always “do better/be better” has remained unwavering despite countless challenges. There will never be enough words or all of the “right” adjectives to adequately express how deeply these people have inspired me. “

“I love to Travel. It definitely has inspired me throughout my design career and education. It is so fulfilling to be able to visit a new country every year and view the places I have read about throughout my architectural career. I always gain a new perspective on design whenever I travel because every design aesthetic is so unique. I made a goal to travel to at least one new US city and 1-2 countries per year since I began at Spector Group and I have taken away so much from every trip. It has been so enlightening to see how people live, use spaces and celebrate their culture.”

“By surrounding myself with creative minds and those who refuse to set limitations on what they can accomplish truly inspires me to push the boundaries, to stay determined, and to see endless possibilities in everything.”

What qualities make a great leader?

“My proudest moment was sitting at my graduation, realizing that I followed my dream, overcoming the stereotypes and objectification’s that I have faced throughout my journey. I was told, “you can’t complete the path, it’s too long, you won’t get married, you are getting old and on and on…these negative + challenging thoughts spurred me on to complete my licensing path and fulfill my childhood dream of becoming an Architect!”

We are proud to have this group of rockstar women working with us, guiding future generations throughout their careers. 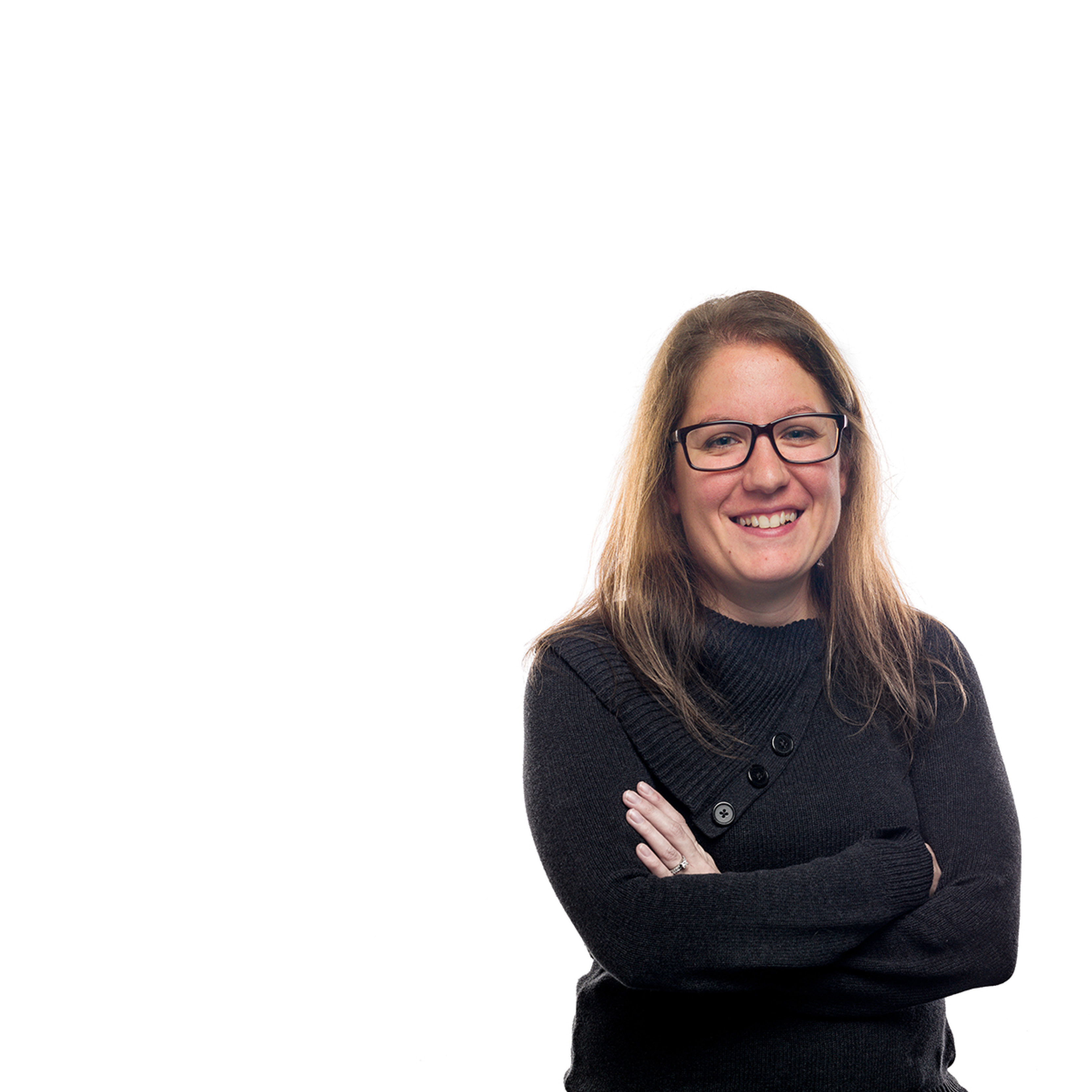 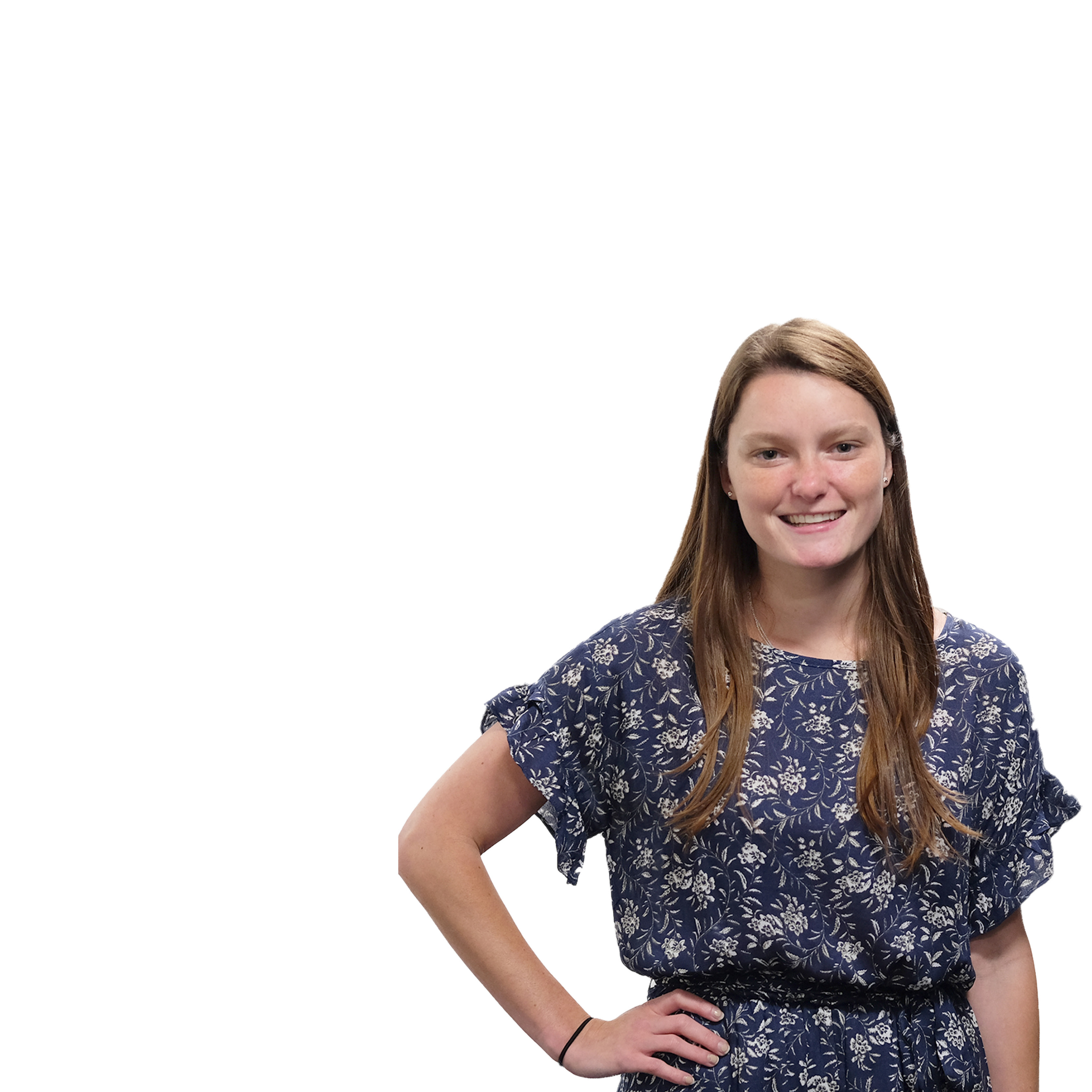 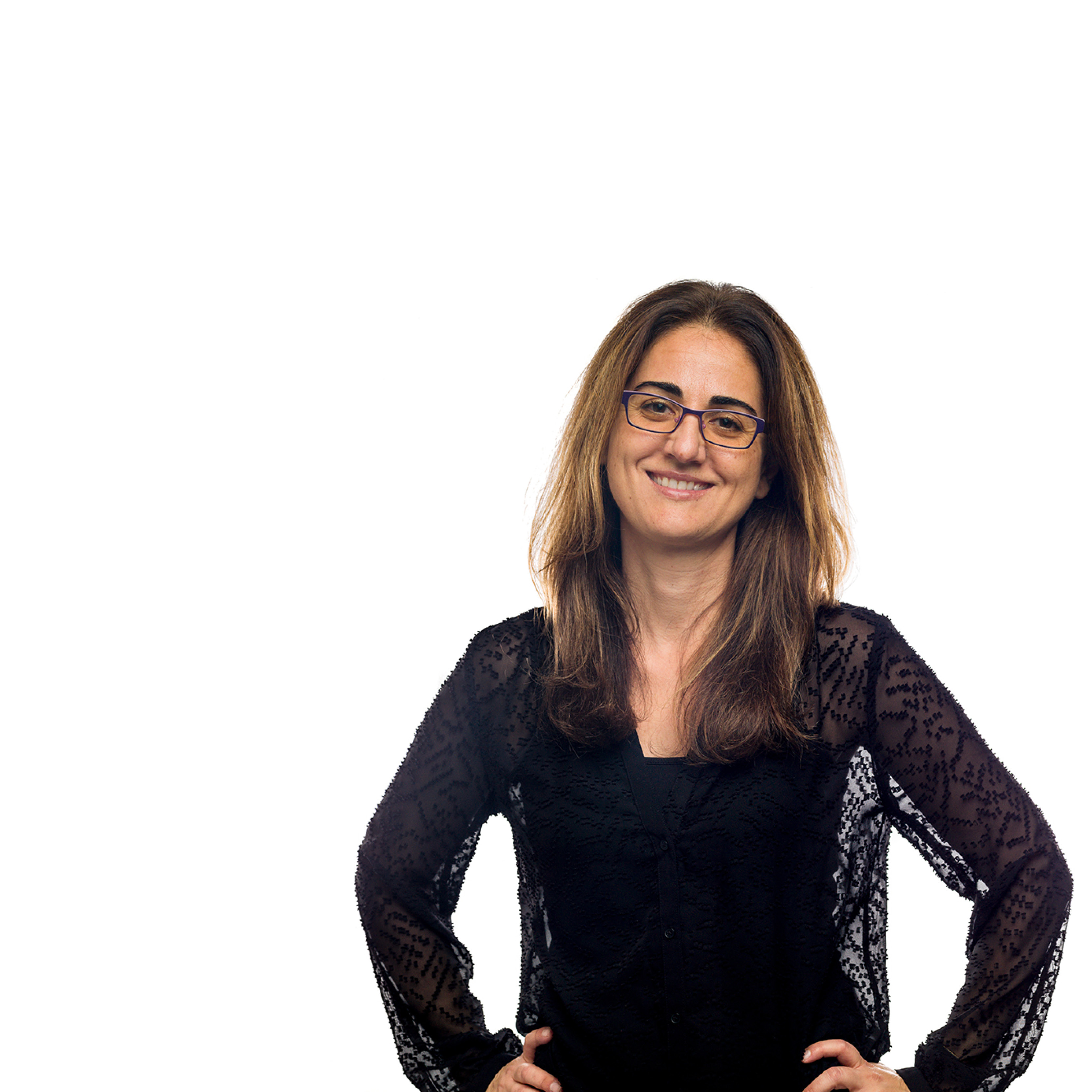 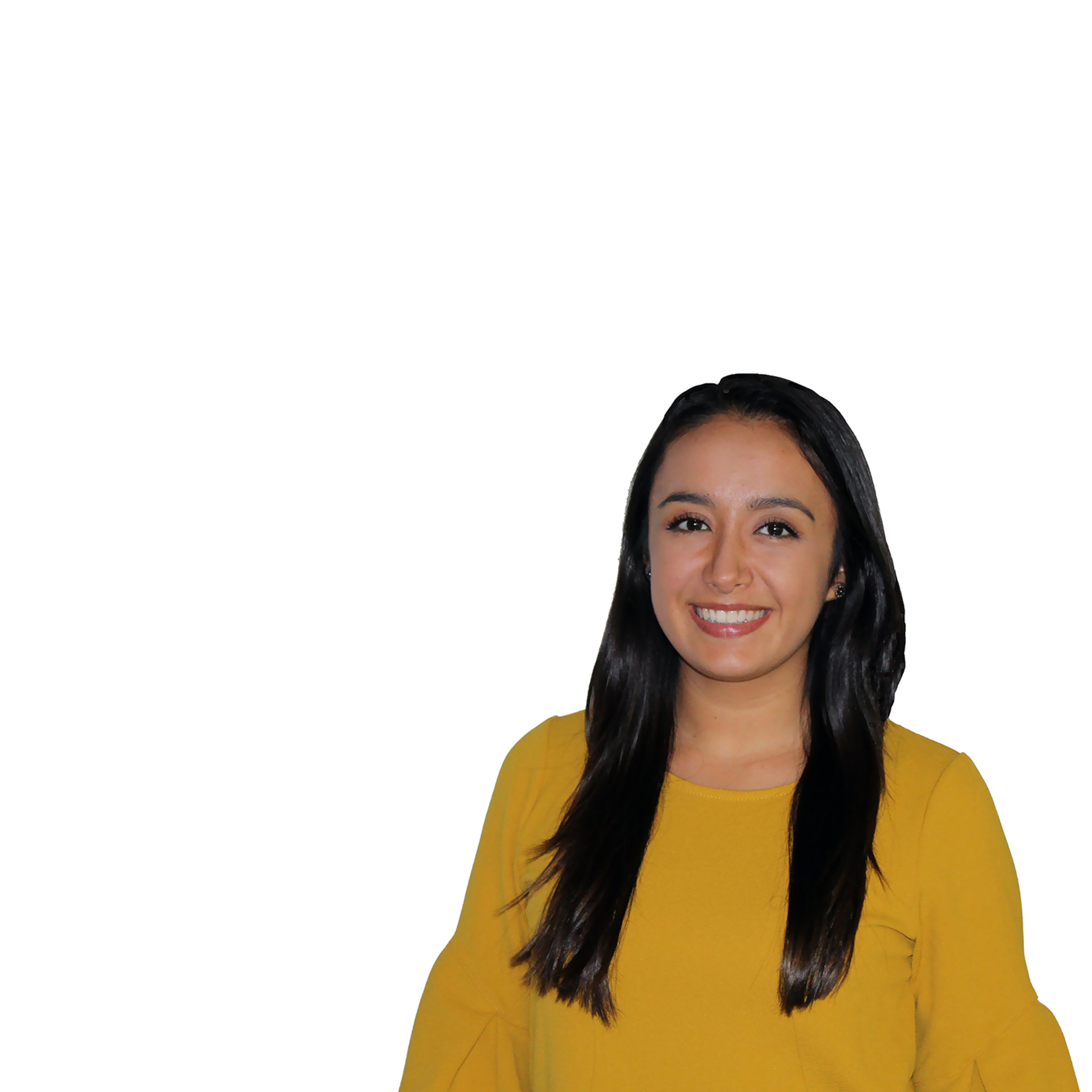 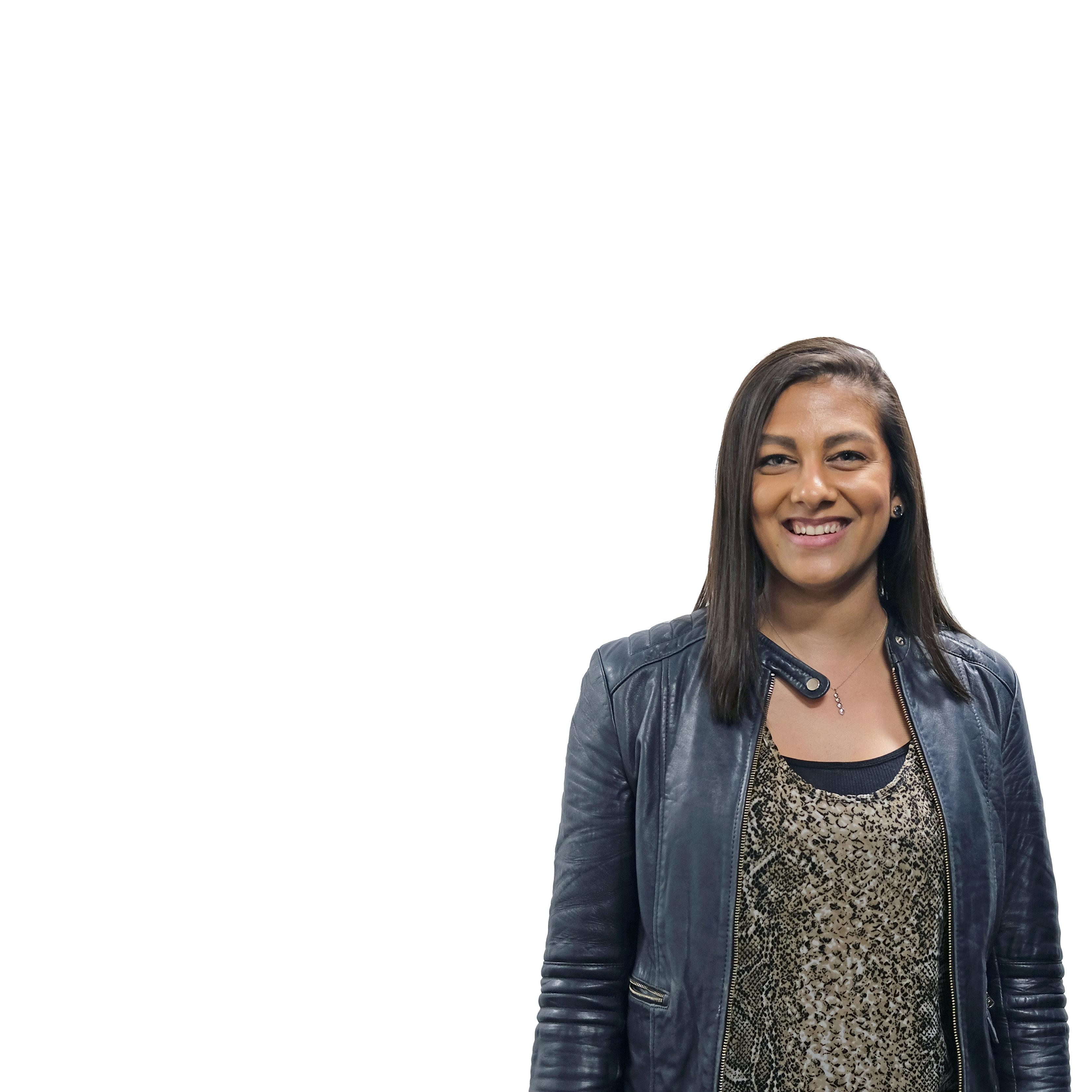 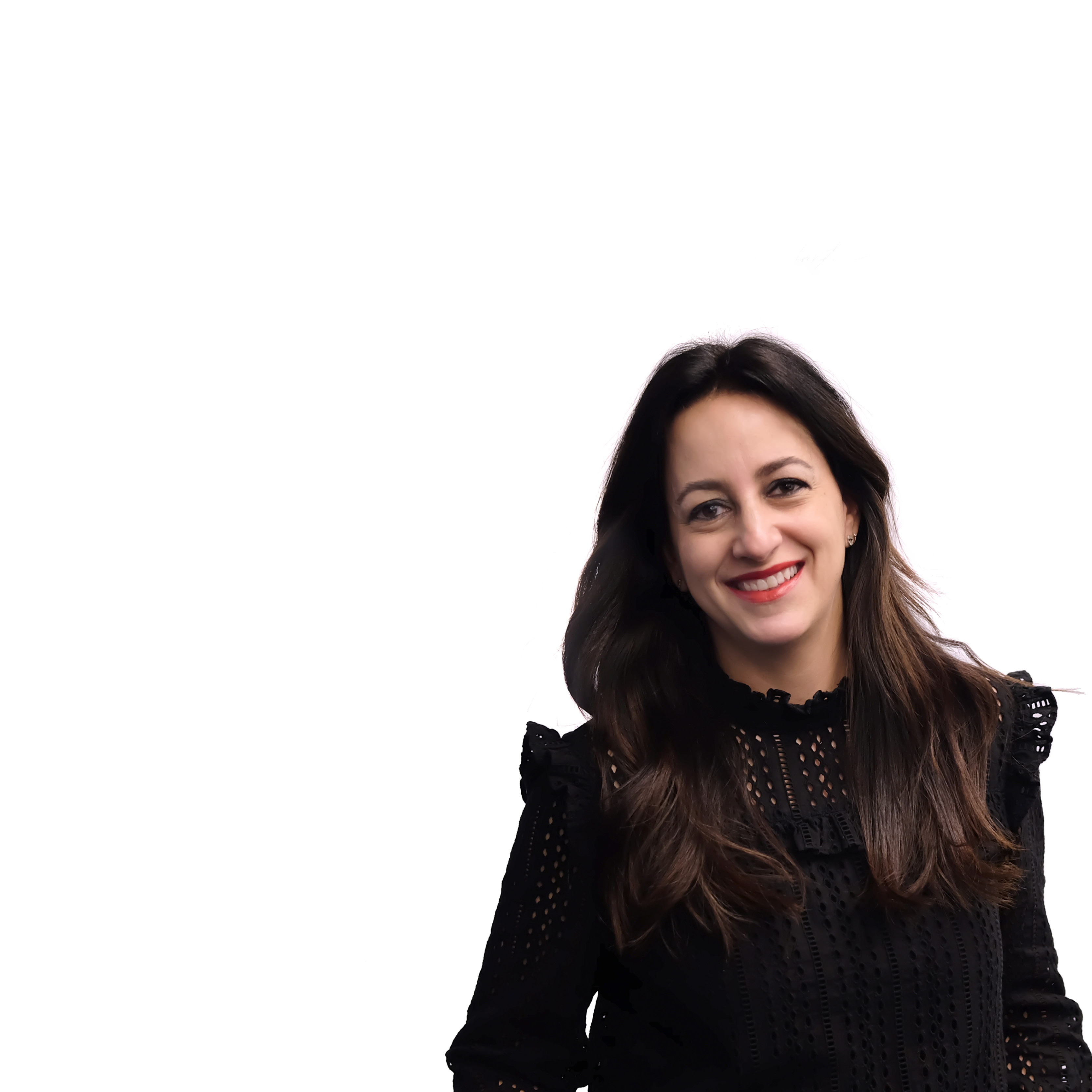 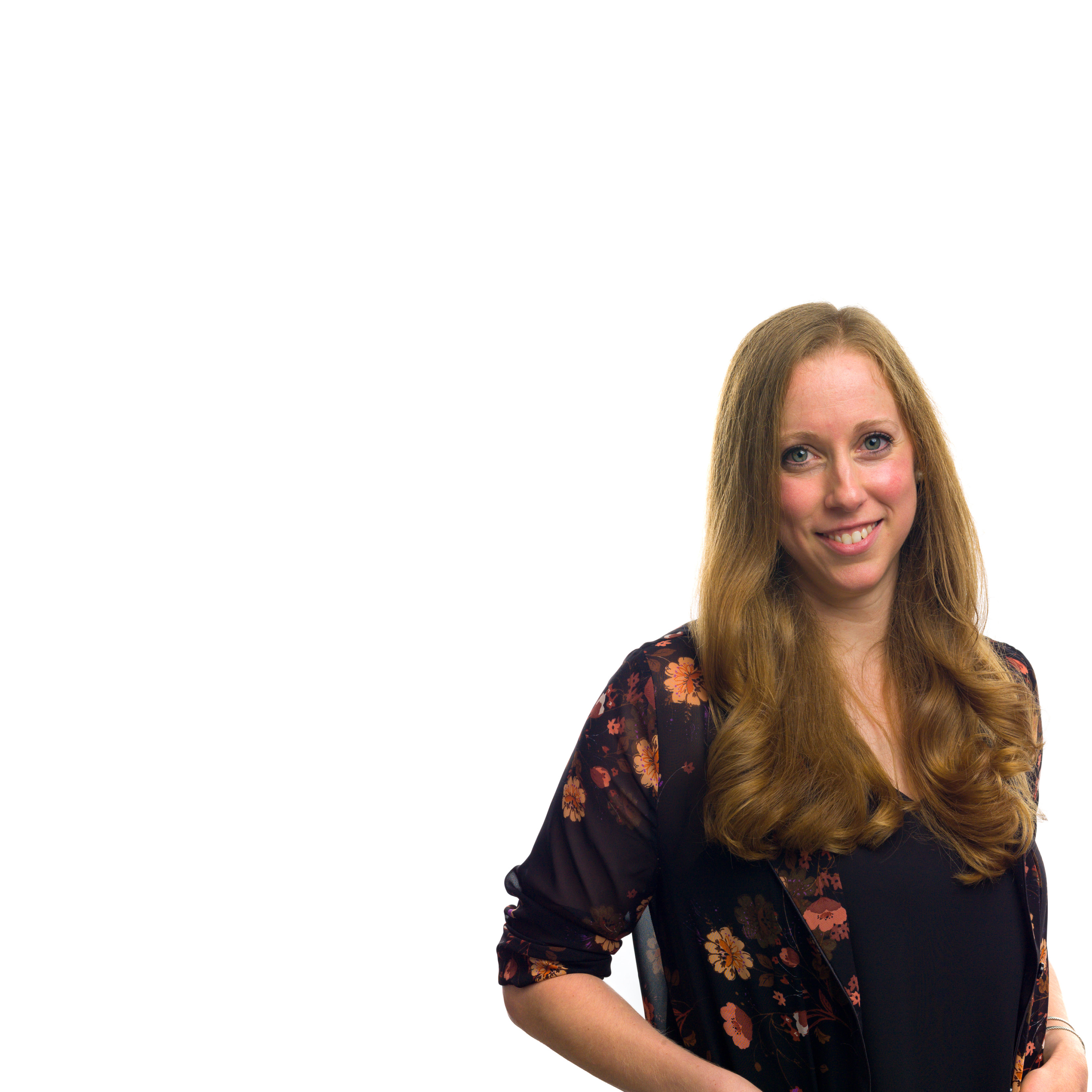 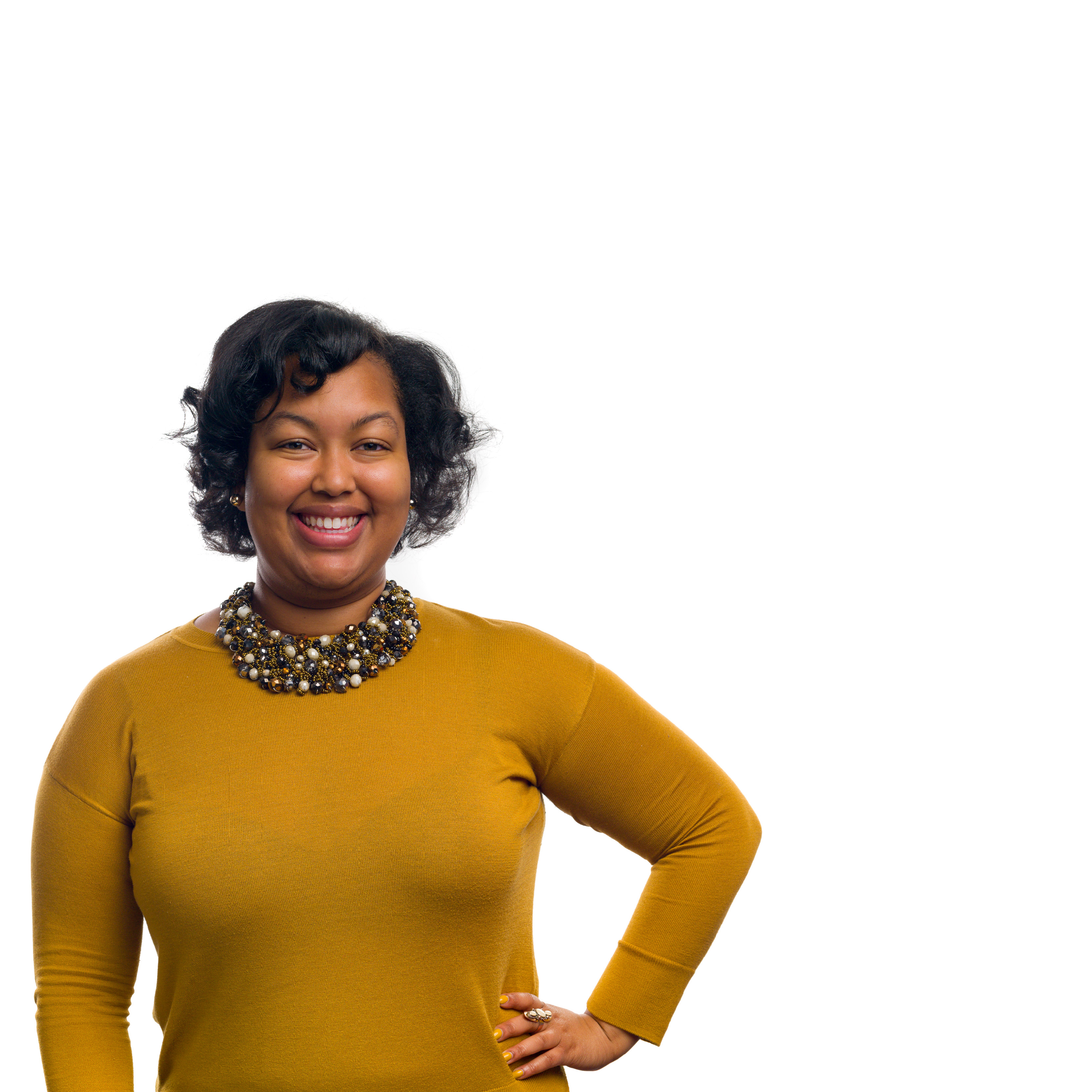 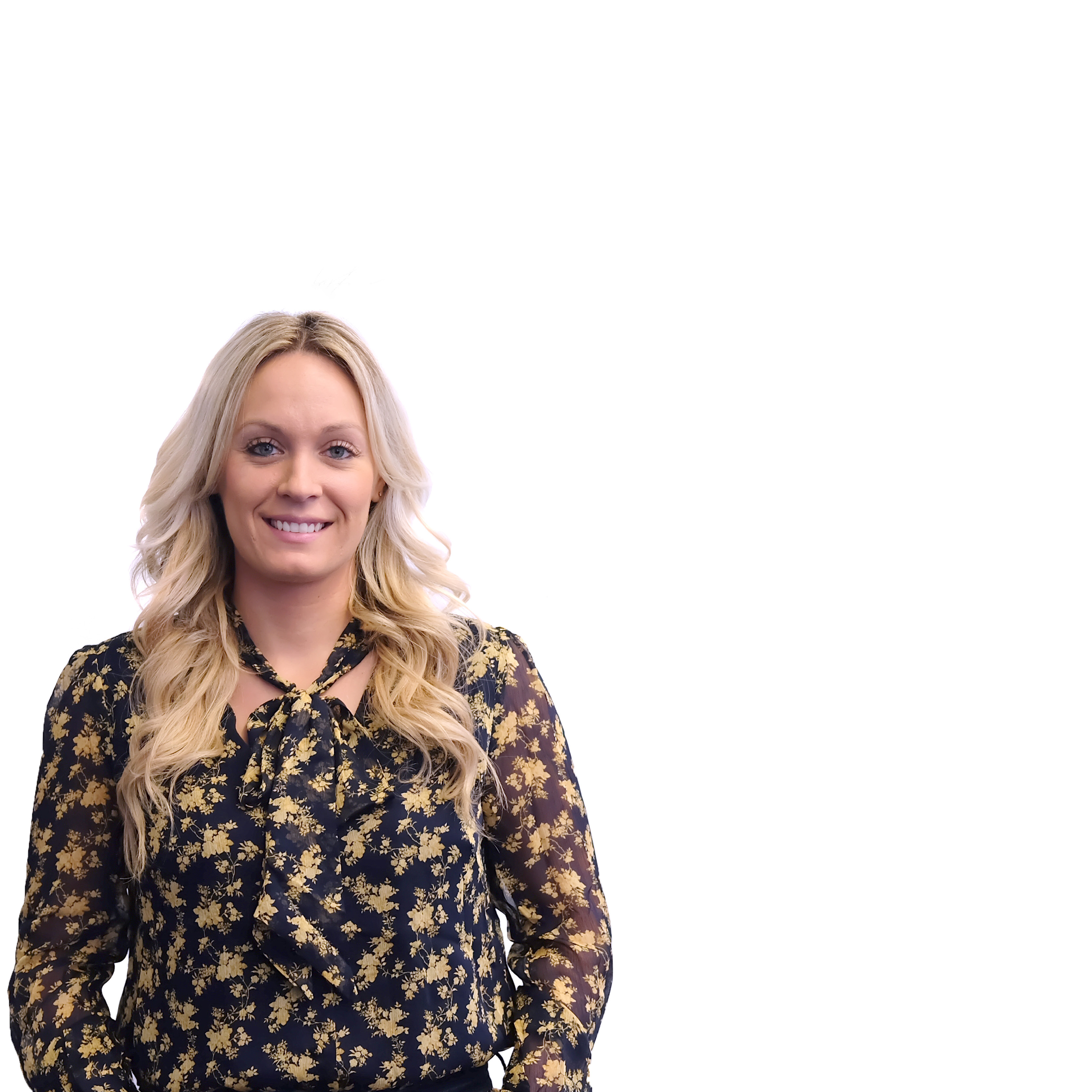 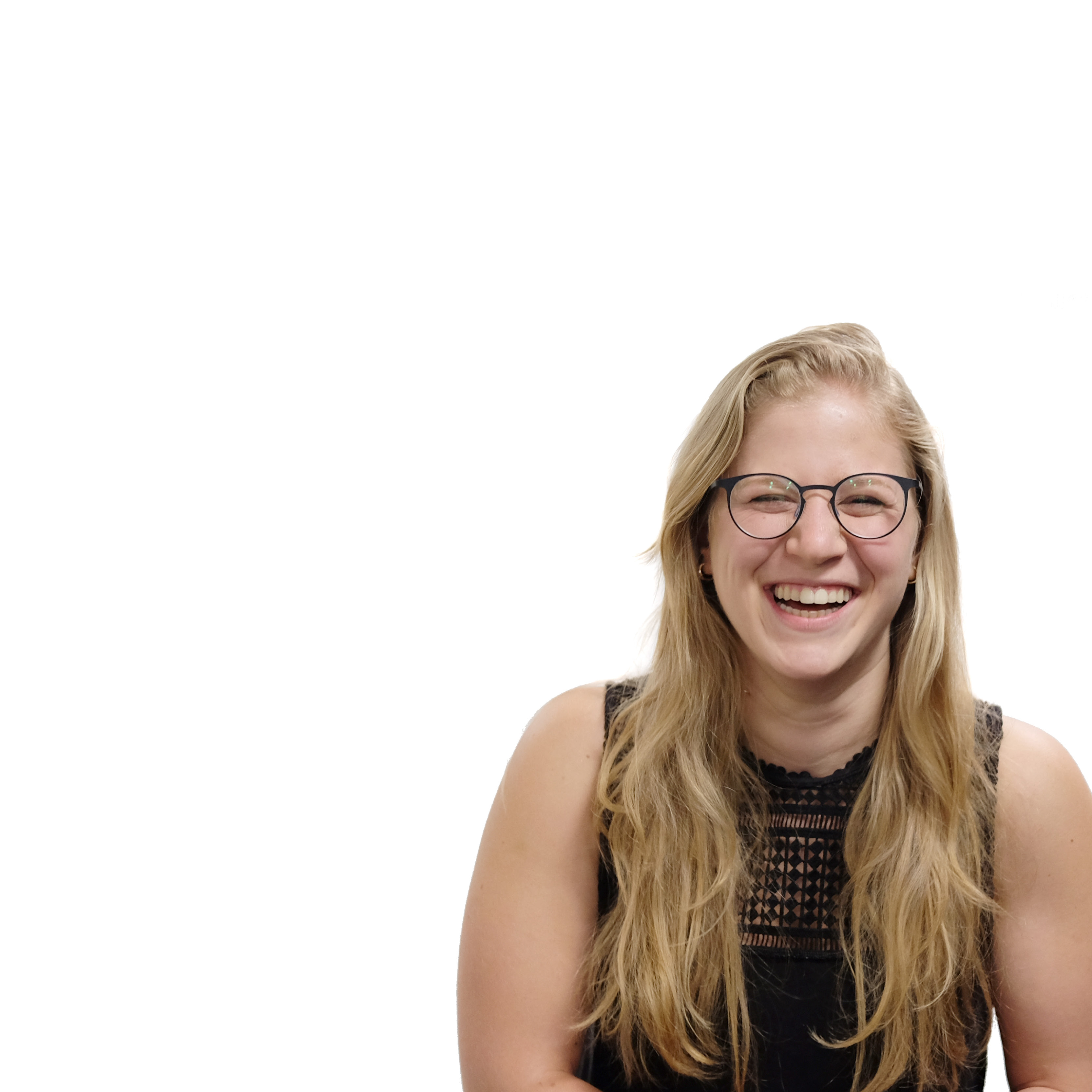 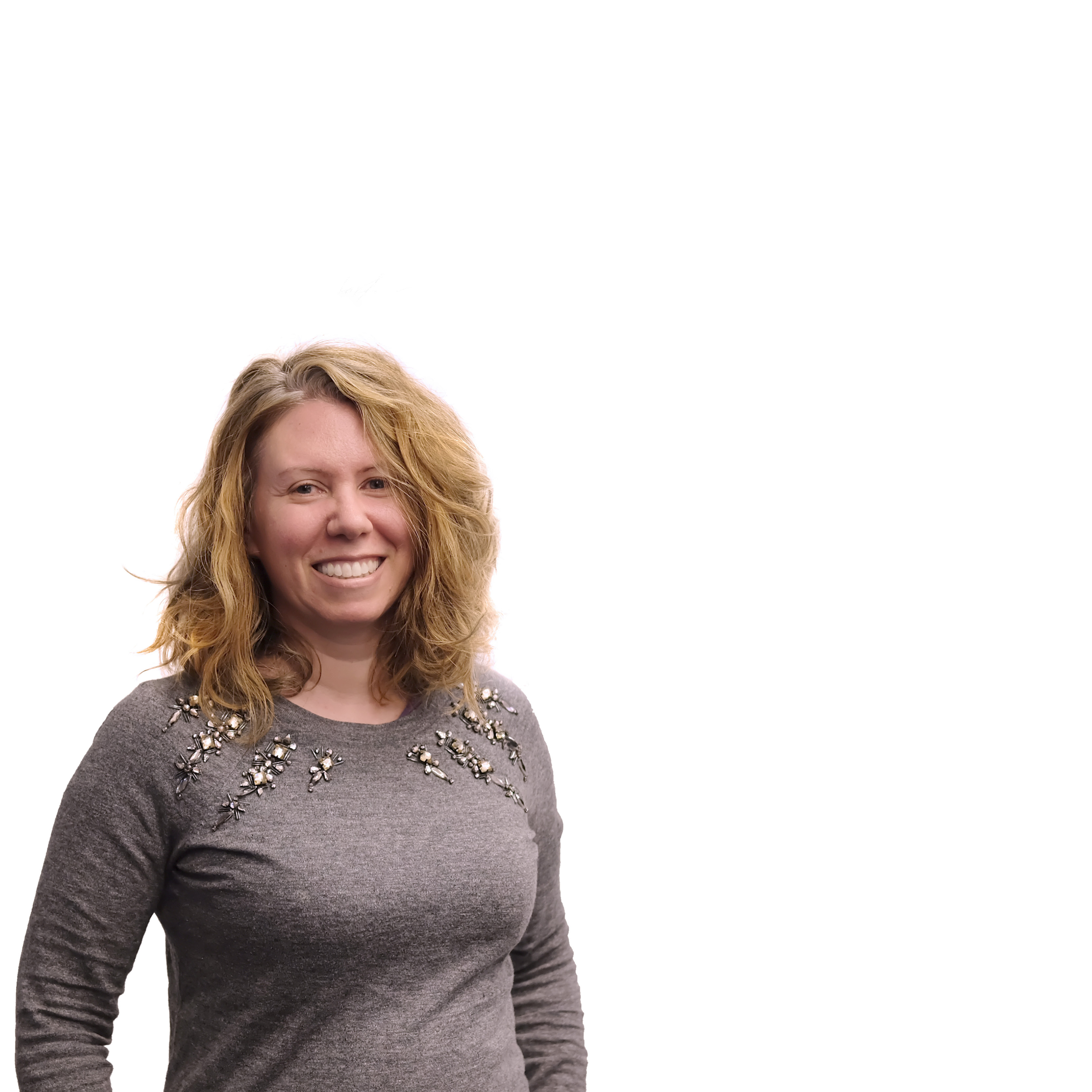